You are here: Home / Agriculture / After tests, some flood-damaged corn may be fed to livestock 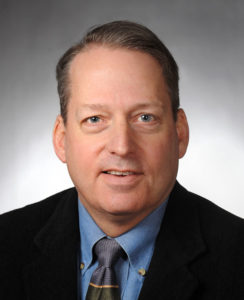 Iowa farmers who had flooding in their corn fields may have the option of feeding some of that grain to livestock, but the corn must be tested first.

“If the grain has been actually flooded, that is uncontrolled flood water over top of either the ear or the pod, then FDA — Food and Drug Administration — considers it adulterated and it can’t go into commercial channels,” says Charles Hurburgh, an agricultural engineer with Iowa State University Extension Service. “It becomes an on-farm issue. There may be some options if a veterinarian is involved and some fairly exhaustive testing of the grain is done.”

Hurburgh says farmers who call in a vet to do the testing and decide to feed flood-damaged corn to livestock will have to consult with their crop insurance agent, too. There aren’t that many options with soybeans that have been swamped by flood waters.

“You need to think about some disposal options or simply not harvesting it — just turning it under after the waters recede,” Hurburgh says. “That may yet be this spring for all I know.”

Iowa farmers who have to knock down flood-ravaged corn in their fields may have to plant corn again there next year, rather than rotate to soybeans.

“Particularly if it’s RoundUp Ready corn…but we’re just going to have to, I guess, go with the flow — no pun intended — on that deal this year because if there’s not an on-farm feeding option for the submerged grain, then it doesn’t have value off the farm.”

Hurburgh says once things dry out, farmers should harvest their “good” grain first and get it into storage. Then, harvest the flood-damaged grain and keep it segregated for disposal.