You are here: Home / Fires/Accidents/Disasters / More than one quarter of Iowa’s counties declared state disaster areas 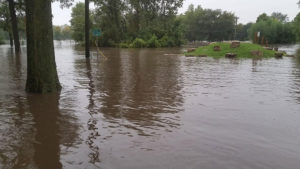 More than two dozen Iowa counties have now been declared state disaster areas due to flooding that began September 21. Governor Terry Branstad has added Clayton and Winneshiek counties to the list, bringing the total to 25 counties that are eligible for state resources in the flood recovery and cleanup effort.

Earlier this month, Branstad said he expects some of the hardest hit counties in northern and eastern Iowa will qualify for a federal disaster declaration. That would clear the way for federal dollars to fix damage to roads, bridges and other public structures.