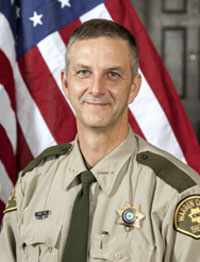 The death of an inmate in a south-central Iowa jail is under investigation.

The male inmate, who’s name has not been released, was found unresponsive this morning in the Warren County Jail, according to a news release from Sheriff Brian Vos. Rescue personnel were unable to revive the man, who was being housed in a one person cell.

Vos says further details will be released following notification of the inmate’s family and an autopsy.