You are here: Home / Crime / Courts / Jailer could go to prison if convicted of theft charge 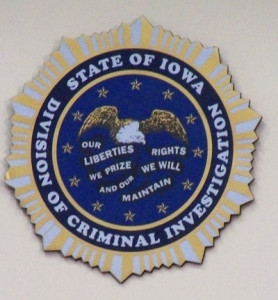 The former administrator of a jail in eastern Iowa is now charged with first degree theft.

Forty-nine-year-old Daron Wilkinson served as the administrator of the Cedar County Jail in Tipton for about 17 months. A state audit released last week reviewed jail records and Wilkinson’s personal accounts. It concluded he skimmed off about $23,00 in fees for room and board at the jail, plus another $3,600 from the commissary.

A news release from the Iowa Department of Public Safety accuses Wilkinson of using his position at the jail “to steal, misappropriate or embezzle in excess of $36,000 dollars.”

Wilkinson was charged with first degree theft on Saturday.