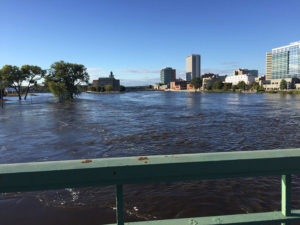 President Obama has declared 19 Iowa counties “major disaster areas” because of severe storms and floods that struck the state in September and October.

The president’s action releases federal funding to cover damage to government-owned facilities, but not private homes and businesses. The federal funds will supplement tax money the State of Iowa, counties and cities have spent in flood preparation and to deal with damage that occurred between September 21st and October 3rd.

The money can be used to cover the costs of repairing or replacing buildings, streets and other structures. It may also be used to cover sand bagging and other activity during the emergency. A few non-profit agencies in the 19 counties may qualify for federal assistance as well.

According to a news release from the Federal Emergency Management Agency, the president’s action also makes some federal assistance available for flood “mitigation” projects in the state.