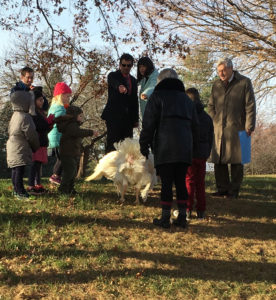 Governor Terry Branstad pardoned a pair of turkeys this morning. Branstad stood on a hill outside of the governor’s mansion in Des Moines, surrounded by a crowd that included his wife and four of his grandchildren, as he read the proclamation.

“Now therefore, I, Terry E. Branstad, governor of the State of Iowa, do hereby proclaim Rizzo the Turkey and Bryant the Turkey free from the harm of the carving knives and gravy for this Thanksgiving Day.”

The turkeys were named for Anthony Rizzo and Kris Bryant, two players on this year’s World Champion Chicago Cubs. The two birds will make Living History Farms their new home. 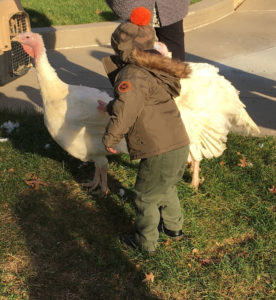 The head of the Iowa Turkey Federation and his family attended today’s event at the governor’s mansion. During the ceremony, Branstad expressed thanks for the recovery year for turkey producers.