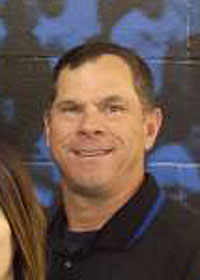 The former head athletic trainer at Drake University in Des Moines has filed a formal complaint with the Iowa Civil Rights Commission after being fired in September after 31 years in his job.

Attorney Jerry Crawford spoke about the case Tuesday in a news conference, and says 61-year-old Scott Kerr had a medical condition that required him to frequently use the restroom

“On August 29th Scott had worked long, long days for three weeks with not a single day off, much of it on his feet,” Crawford says. “He was cleaning out a metal whirlpool and using it to rinse dirty containers when he had a sudden urge to urinate. He was alone in the training room and urinated in the tank rather than on the floor, know that he would not be able to make it to the restroom.”

Crawford says someone saw what Kerr did, and two days later he reported it and was told by Athletic Director Sandy Hatfield-Club to leave work immediately and report to the Human Resources Department the next day. A doctor later diagnosed Kerr with an enlarged prostate and prescribed medication.

“Despite the doctor’s diagnoses. Despite the 31 years of perfect performance reviews, despite the Drake HR Department saying that Scott’s disability could be accommodated, the athletic director chose to fire him,” Crawford says. Kerr was given one month severance pay.

Crawford says Hatfield-Club had asked Kerr to work with his son prior to his firing and then asked him to stay and train his replacement after she fired him.

“The same athletic director who said to Scott when she fired him that he is one of the best employees that she had ever known. The AD is not alone in thinking that highly of Scott as he has heard from dozens of past and current coaches, dozens of past and current athletes at Drake saying how sorely he is missed and how sorely he is needed back in his position,” Crawford says. Kerr says he was surprised to be fired given his condition.

“On September first I met with the athletic director and a representative of human resources expecting to get support for my condition,” Kerr says. “However, I was made to feel more embarrassed and humiliated.” Kerr says the firing was even more confusing after talking with Hatfield-Club.

“The athletic director recounted a story where she herself urinated in her pants in an airport while on Drake business and told me I should have done the same thing,” Kerr says. “When I heard that story I was very confused, embarrassed, and I didn’t know quite how to react to that story.” Attorney Roxanne Conlin is also representing Kerr and says the firing violated the Iowa Civil Rights Act as well as the Americans with Disability Act. She says they will ask for compensation.

“He’s entitled to the wages he would have earned had be been permitted to serve out his natural work life expectancy,” Conlin says. “And of course this has been a tremendous blow to Scott Kerr.” The attorneys says filing a complaint with the Iowa Civil Rights Commission is the first step in the legal process. Following the commission’s review, the attorneys can request a right-to-sue letter and proceed with a lawsuit.

A spokesman for Drake University issued this statement” “Drake University does not comment on personnel matters or issues pending before the Iowa Civil Rights Commission.”