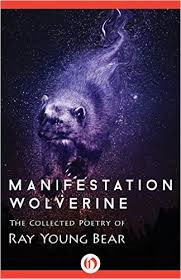 “The grandfather instructed his grandson through the nod of the head that he wished to go back to the state of Iowa where we were originally from, displaced from,” Young Bear says. “And so it was by that process that the Meskwaki settlement was eventually purchased.”

The sale was completed on July 13, 1857 and July 13th is an official holiday on the settlement. Young Bear says the sale wouldn’t have happened if Iowans hadn’t been welcoming neighbors.

“We are thankful to the Iowa lawmakers at that time, especially the petitioners, our Iowa neighbors who led the process to have us be recognized as being peaceful and law-abiding,” Young Bear says, ” basically wanting to live here in the center of Iowa.”

Young Bear, who is 66 years old, has spent his life on the Meskwaki Settlement. He’s an internationally-known author. Young Bear won an American Book Award this year for a collection of his poems.

Young Bear is writing three more books. One is fiction. One is non-fiction. The third is a collection of stories and poems that he’s translating from Meskwaki to English. Young Bear says his native language is “facing linguistic atrophy” — just like “most Native American tribes in North America today.”

The Sac and Fox Tribe of the Mississippi goes by the tribal name “Meskwaki” or “Red Earth People.” The tribe owns more than 8000 acres of land in Iowa and has 1400 members. The Iowa counties of Poweshiek, Appanoose and Wapello are named for Meskwaki chiefs.