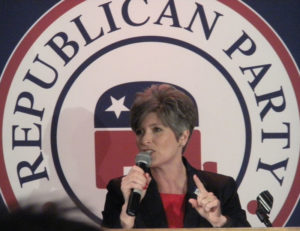 A plan to speed up approval for new drug treatments has cleared congress this week and it includes a proposal from Senator Joni Ernst.

Ernst is a co-sponsor of the “Mental Health Reform Act” and those provisions are now part of the larger piece of legislation that’s headed to the president for approval.

“It focuses on streamlining the many, many different mental health programs that we have in existence in the federal government,” Ernst says. “It focuses them, brings them together and makes them much more efficient.”

Supporters say it’s the most significant piece of mental health-related legislation since congress passed a bill eight years ago requiring equal insurance coverage for mental and physical health. The new legislation sets up grants for states, to attract psychiatrists and psychologists to rural areas and beef up community-based mental health care resources.

“We are very hopeful with this legislation we’ll be able to prevent problems in the mental health area with our constituents in Iowa,” Ernst says.

The bill calls for federal funding of training for local law enforcement who are often the first responders to someone suffering a mental health crisis.

On a separate but related issue, Ernst is asking for more information from Veterans Administration officials on two cases in which Iowa vets committed suicide after seeking help from the VA.