You are here: Home / Health / Medicine / New director of Department on Aging a nurse, former legislator 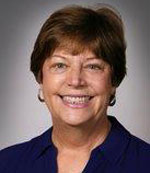 A registered nurse who has served a decade in the Iowa House is taking over today as director of the Iowa Department on Aging. Linda Miller of Bettendorf did not seek reelection this year and delivered a retirement speech to her House colleagues this past spring.

“I wish to end my remarks today with a quote from Will Rogers: ‘Even if you’re on the right track, you’ll get run over if you’re standing still,'” Miller said.

As she exited the legislature, Miller cited her vote for an anti-bullying bill that then-Governor Chet Culver and other Democrats backed.

“It does show that I have a slight independent streak to me,” Miller said.

Miller, who was chairwoman of the House Human Resources Committee, resigned from the legislature yesterday. The resignation was required because Miller’s term as a member of the House didn’t offically end until early January, when her replacement is sworn in. Miller takes the helm at the Department on Aging after the resignation of Donna Harvey.

Miller’s husband is a doctor with a family practice in the Quad Cities and Miller managed the business for 17 years — before she was elected to the legislature. As the new director of the Iowa Department on Aging, Miller oversees a staff of long-term care ombudsmen as well as programs like “Meals on Wheels.”