You are here: Home / Agriculture / If commodities slump continues in 2017, farmers will face more challenges 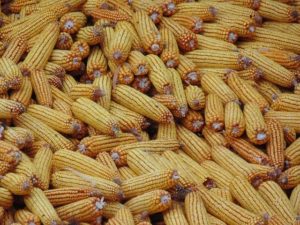 With Iowa farmers coming off a third straight year of lower incomes, 2017 will require more belt-tightening.

Persistently low prices for major commodity crops including corn and soybeans may inch up slightly in the new year, but Iowa State University ag economist Chad Hart says farmers are adjusting their strategies to ride out the slump.

“There’s much more of an emphasis on just getting by, making it to break-even, making sure that our business cash flows,” Hart says. “For a baseball analogy, we’re trying to hit a bunch of singles now rather than swinging for the fences and the home run.”

For some Corn Belt farmers, Hart says that may mean tipping to slightly more soybeans, while for others, it could affect their choice of seed or fertilizer-application decisions.

Due to decreased revenue, the state may be forced to cut some services in 2017, in part due to the downturn in the ag economy. Hart says Iowa’s overall economy is sufficiently diverse to absorb some of the losses from farming.

“When you look at the other industries that are in Iowa, they’re actually doing fairly well right now, especially in comparison to agriculture, and they’re helping hold up, if you will, the economic activity throughout the state,” Hart says. “So, yeah, ag is big but it’s not big enough to necessarily drag everything else down with it.”

Good years as recently as 2012 and 2013 likely gave most farmers enough capital to make it through, but Hart says many will be focusing on how they can reduce expenses in the coming season.