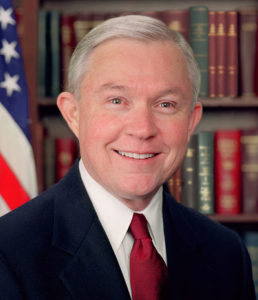 As chair of the Senate Judiciary Committee, Iowa Senator Chuck Grassley is presiding over the first hearings on the first of President-elect Donald Trump’s cabinet nominees.

Alabama Senator Jeff Sessions, the president-elect’s pick for Attorney General, is taking questions from the panel today and tomorrow. Grassley says he wants to know if Sessions will be “responsive” to Congress.

“I’ll be asking whether or not he’s going to appear for oversight, answer our letters, answer our phone calls,” Grassley says. “I’m going to also tell him about a file of dozens of letters that this administration has not answered that I hope he’ll immediately, once he’s sworn in, get me answers to those letters.” Grassley has served with Sessions in the Senate for two decades and says he knows Sessions’ “faith in the rule of law.”

“The most important thing is that an attorney general be independent of the White House because he’s the people’s counsel, not the White House counsel,” Grassley says. “That’s very much different than (former Attorney General Eric) Holder telling the press he considered himself ‘a wingman’ for the president of the United States.” In 1986, Sessions was nominated by then-President Reagan for a federal judgeship and lost the bid over allegations about racist comments and his role in prosecuting a racially-charged voter fraud case. Grassley says those allegations are no longer a concern.

“I don’t believe after 20 years of serving with Senator Sessions that I’ve seen anything that indicates to me that he’s a racist,” Grassley says. Grassley, a Republican, says he will -not- be questioning Sessions about any of those long-ago allegations of racism.

“That was an issue when he was up for a district judgeship 30 years ago, but that’s 30 years ago,” Grassley says. “In the meantime, he has demonstrated a lot of things that are just the opposite, supporting the Voting Rights Act, as an example.” Sessions served as the U.S. Attorney for Alabama’s Southern District from 1981 to 1993. He was elected Alabama’s Attorney General in 1994 where he served until his election to the U.S. Senate in 1996.