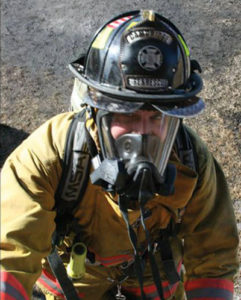 John McPhee, who worked as the FTSB Certification and Accreditation Coordinator, had been placed on paid administrative leave in April. McPhee is now charged with felonious misconduct in office and tampering with records. He turned himself in to the Story County Sheriff’s Office on Tuesday.

“I don’t think we have an answer to that,” Gorsh said. “We’re not quite sure what the motive was behind that.” Randal Novak, former chief for the state Fire Training Services Bureau, was also placed on paid administrative leave in April. He retired about a month later after 15 years in the position. Novak is not facing charges.

“We are in the process of notifying all the affected firefighters across the state, as well as their fire departments,” Gorsh said. “We will be providing free refresher courses and training opportunities over the next several months to provide opportunities for them to retest and to earn their certification.”

The fire safety certifications are not required by state or federal law, but many fire departments require them. “A certification is just something that shows that you have received training and you have passed a test to meet a certain standard,” Gorsh said. “That certification is often recognized between states through accreditation. So, if you are a certified ‘firefighter one’ in the state of Iowa, that might be recognized in a different state if they are accredited through the same accreditation entities that we are.”

Photo is from the Fire Training Safety Bureau Facebook page.