You are here: Home / News / Top jazz artist makes an appearance in Iowa 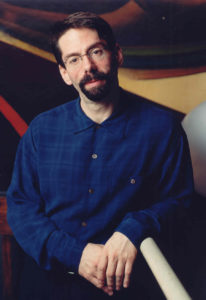 One of the world’s top jazz pianists is opening the latest leg of his tour in Iowa tonight before he flies to Los Angeles where he hopes to win his first Grammy Award this weekend.

The Fred Hersch Trio is making one stop in the Hawkeye State and the group’s namesake says jazz lovers will get a healthy helping of melodies.

“We draw from three kind of ‘food groups’ of music,” Hersch says. “One is things that I’ve written which have a pretty wide range. Another is songs by great jazz composers like Thelonious Monk or Wayne Shorter or Ornette Coleman. And then third is usually some kind of reworking of something from what we loosely call American popular song.”

The trio’s latest release, “Sunday Night at the Vanguard,” is nominated for two Grammy Awards — Best Jazz Solo and Best Jazz Album. Over the years, Hersch has been nominated for Grammys ten times now but has yet to win. In a telephone interview with Radio Iowa from his home in New York City, Hersch said winning the golden gramophone trophy on Sunday night in L.A. would great, but it’s not his life’s ambition.

“Nah,” Hersch says. “I mean, ten nominations, a win. In a way, I don’t think it makes that much difference but after this many times at the dance, it’d be nice to win one.” Hersch was diagnosed with AIDS some three decades ago and fell into an AIDS-induced coma for two months in 2008. When he emerged from the coma, he retained memories of several vivid dreams which he was able to use to produce a multimedia jazz concert.

For now, the 61-year-old says his health is good and he plans to continue touring as long as he feels he’s able to give the audience his all. “If travel gets to be too heinous, I’ll just do less,” Hersch says. “The playing is easy. The travel is what’s difficult.” Hersch has lived in Iowa, attending Grinnell College in the early ’70s. He now has an honorary doctorate from the school. Hersch’s memoir, “Good Things Happen Slowly,” will be published later this year. For production purposes: