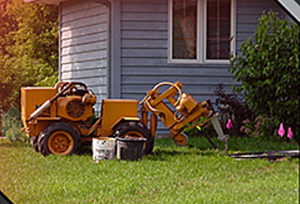 The law requires anyone who is going to be digging to call at least 48 hours in advance to have underground utility lines marked. Attorney General Tom Miller’s spokesman, Geoff Greenwood, says the people involved in each of these cases failed to make that call.

“These are cases where it wasn’t just a matter of a contractor digging near a line, in most of these cases a contractor actually hit a line. These are all involving natural gas pipes,” Greenwood says.

Four of the lawsuits have been resolved or have agreements pending. He says these types of violations are not something that can be overlooked. “We are concerned when something like this occurs because it is a public safety threat,” Greenwood says. “Whether it’s a gas line, or electrical line or telephone line — it endangers the public when a contractor goes in and digs without calling first and doesn’t know where those lines are located.”

Greenwood says being in a hurry to get work done is not an excuse for not calling and having the underground lines marked. “We hear that once in a while that someone was trying to save time or money — and that argument just doesn’t wash. That’s because this is a free call, it doesn’t cost you anything to call these folks and have them come out and do what the law requires,” Greenwood says. “The surveying is free. So, it’s a one call phone call and they will come out and survey the area and mark where these lines are located underneath the ground and that protects, you, it protects the public and it protects the utilities.” And Greenwood says it can cost you a lot more to go ahead and dig and hit a line instead of waiting.

Anyone planning to dig can notify the Iowa Once Call Notification Center about planned digging or excavating online at www.iowaonecall.com, or by phone at 811 (or toll-free at 800-292-8989). The center is open 24-hours a day, seven days a week, 365 days a year.

The lawsuits, including four that are resolved or the agreements are pending. Here are the details:

In Calhoun County, Ag Repair of Manson alledgedly hit a Northern Natural Gas pipeline while doing tile work and had to replace a section of the pipeline at a cost of $100,000. The lawsuit in this case seeks unspecified damages and a court order barring the company from violating the One Call law.

In Dickinson County a lawsuit against Lynde Construction Incorporated of Sioux Falls South Dakota, alleges that on April 4, 2016, the company hit and damaged a two-inch underground natural gas line as part of a drainage tiling project in Arnolds Park. The excavation allegedly took place several feet away from a permanent natural gas pipeline marker. The lawsuit seeks unspecified damages and a court order barring Lynde from violating the One Call law.

In Lee County the lawsuit alleges that in late January of 2016, DeLong Construction, of Washington, Iowa, was excavating as part of a ditch cleaning in rural Lee County, when it hit and damaged a one-foot diameter natural gas line. Through a proposed consent decree agreement has DeLong admitting violations and paying a $7,000 penalty and the company agrees not to violate the One Call law.

There are three lawsuits in Marion County District Court, which were tentatively resolved through proposed consent decrees. According to Miller’s lawsuit on August 7th, 2015, KMA Development LLC, doing business as KMA Trucking & Excavating, of Princeton, damaged a one-inch diameter natural gas line in Knoxville, while excavating to plant trees. Through a proposed consent decree agreement has KMA, admitting violations and agreeing to a $5,000 penalty and the company agrees not to violate the One Call Law.

The lawsuit alleges on March 23, 2016, Koopman Roofing Incorporated doing business as Hopkins Roofing of Pella, excavated land in Pella to lower an underground natural gas line. During the excavation, Hopkins damaged the line. Through a proposed consent decree agreement Hopkins Roofing admits violations and will pay a $3,000 penalty and agrees not to violate the One Call law.

The lawsuit alleges on February 1st, 2016, Peterson Tiling & Excavating LLC, of Pella, was excavating as part of a drainage tile installation in Pella when it hit and damaged a an underground natural gas line. Through a proposed consent decree agreement says Peterson admits violations and will pay $3,000 and agrees not to violate the One Call law.

In Sioux County, the lawsuit says on May 5th 2016, Steve Doorenboos, of Boyden, was excavating land as part of a drainage tile project in Boyden when his equipment hit and damaged an underground natural gas line. The incident resulted in the city losing natural gas service. The lawsuit seeks unspecified damages and a court order barring Doorenboos from violating the One Call law.