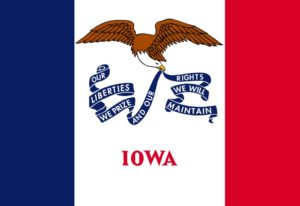 The seven categories on which the rankings are based include: education, health care, government, infrastructure, economy, opportunity and crime & corrections.

Iowa also placed in the top ten for labor force participation and for opportunity.

Overall, Massachusetts was first on the list, followed by New Hampshire, Minnesota, North Dakota and Washington.