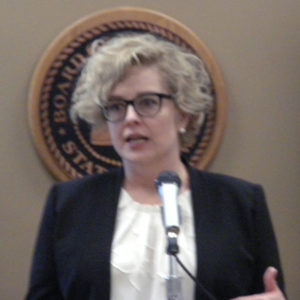 The Iowa Department of Education released a policy paper today which shows the statewide effort by Iowa schools to catch and correct reading problems in students early on is showing progress.

The paper says nearly 9,000 students in kindergarten through third grade who had fallen short of benchmarks in reading in the fall of 2015 met or surpassed benchmarks by the spring of 2016, an increase of 4.2 percentage points.

The Ed Department’s Amy Williamson oversees the Bureau of School Improvement. She says the early warning system implemented in 2014 is a key part of helping kids improve their reading.

“What we are doing is measuring something that teachers can use on a three-times-a-year basis,or even progress monitor on a weekly basis with universal screening assessments,” Williamson says. “That has to be something that can be done quickly and detect very fine increments of progress.” Williamson says it gives a much better picture of what’s happening with students than the annual assessments.

She says the annual assessments are like a weight loss plan where you don’t weigh yourself every day and see changes by the ounce. But she says they have to see fine increments on a weekly basis to change the reading instruction.

The 398 public and non-public schools using the early warning system saw a nearly 61 percent increase in the percentage of students in kindergarten through third grade that were at or above the state benchmark for reading. 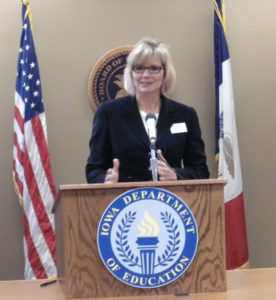 Waterloo saw the biggest increase among urban districts at 14.6 percent from the fall of 2015 to the spring of 2016. Jane Lindaman, the district’s superintendent, says it has been a group effort. “There is not doubt that the district, the implementation, the buy-in from the teachers, the leadership matters. And so when people believe in the system, when they believe in kids and they are tracking it all along the way — I think it is truly about the work ongoing,” Lindaman says.

She says getting kids to become better readers goes beyond trying to meet some state requirement. “For us it is not just something that we do for compliance,” Lindaman says,”we don’t just do it and then turn in the scores and have then have the state look at them. For us in Waterloo it doesn’t have much to do with the state at all. It has everything to do with our Waterloo kids.”

Lindaman says parents are also coming along. “I would say that right now our parents probably have more questions that answers, but they are asking the questions, which is part of the process,” Lindaman says. “So they are starting to say ‘how does this work?’ And so we are along the journey, we are down the road a little bit on our working with parents and letting them know. They fit in because they can support the work at home, but right now we need them to understand where they students are and what the school is doing to help them improve.” 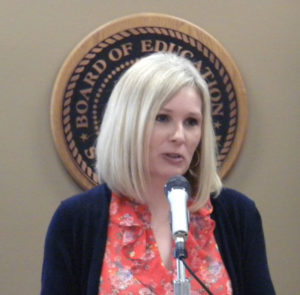 Centerville third-grade teacher, Tynne Sulser, says the last 3 years of implementing the program have been a learning experience for her as a teacher.

“I thought that I was doing the best that I could. And it turns out I needed to look at what I needed to do in the classroom and I did need to make changes in my core instruction,” Sulser says. “And by doing that — I cannot tell you, it brings tears to my eyes the first time my kids — they were so excited, they were self-confident. These are kids who struggle in reading every single day.”

She says she’s seen improvement in the kids who struggle the most. “They may be a lot lower than proficiency and so when they are gaining 40 correct words per minute in 2 months, 3 months, and they are still not proficient — you can’t ask any more for that child,” Sulser says.

Increases in the highest-growth school districts ranged from 19 to 32 percentage points. Iowa’s early literacy law passed by the Legislature in 2012, focuses on making sure all students are proficient readers by the end of third grade.