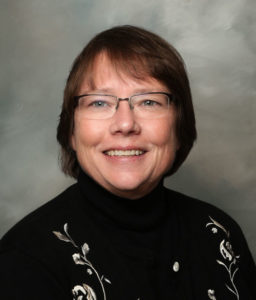 An administrator with the Iowa Department of Human Services went before a legislative panel Monday to defend her agency’s handling of child abuse and neglect allegations. Wendy Rickman is head of Iowa’s Division of Adult, Child and Family Services.

“Our system is functional. It is beyond functional,” Rickman said. “We have outcomes that I would put up against any state.” According to Rickman, her division receives about 50,000 calls a year of alleged reports of child neglect and abuse. She says 52-percent of those reports are assessed.

The hearing follows the death of 16-year-old Natalie Finn of West Des Moines last October. The West Des Moines teen died of starvation and State Senator Matt McCoy, a Democrat from Des Moines, has questioned if a lack of DHS social workers allowed the alleged abuse of Finn to go uninvestigated.

“The social workers are telling us that ‘we should be protecting kids, we’re not because we’re overworked. Our staff load is too high. We’ve doubled our overtime in the last year,'” McCoy said. “So my question is: Are we leaving vulnerable children out to fend for themselves when we don’t have adequate staffing?” Rickman said, while she doesn’t dispute that more social workers would be beneficial, she believes Iowa’s child welfare system is not failing.

McCoy and other lawmakers have asked the DHS for data on staffing numbers, overtime hours, and caseloads. Finn’s parents are facing numerous charges in connection with the death of their daughter and alleged neglect of their other children.