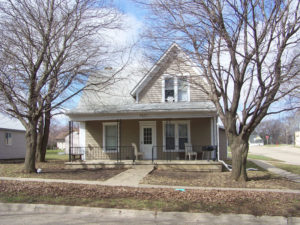 Three people were arrested after a standoff at this Ireton home.

Police officers from five towns and deputies from two county sheriff’s offices were involved in a three-hour standoff early this morning in the northwest Iowa town of Ireton.

The incident began as a car burglary, but soon escalated after the victims were looking around their vehicles and were confronted by a man who allegedly made threats with a shotgun.

Within minutes, the Ireton home was surrounded by police. Three people were arrested; a 32-year-old Vincent Gabriel Perez-Martinez of Ireton, 25-year- old David Anthony Burton of Sioux Falls, South Dakota, and a 16-year-old boy from Ireton.