You are here: Home / Crime / Courts / Bondurant man charged with murder in death of parents, sister 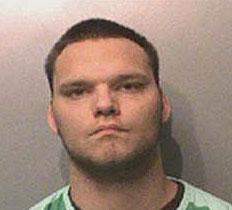 A central Iowa man is now charged in the murders of three family members.

Twenty-year-old Chase Nicholson of Bondurant was originally being held on a material witness warrant, and is now charged with three counts of first-degree murder in the deaths of his parents and sister. The Polk County Sheriff’s Office brought Nicholson back from Neosho, Missouri Saturday after he turned himself into police there Friday morning.

Deputies found his father, 58-year-old Mark; his mother, 56-year-old Charla and his sister, 24-year-old Tawni Nicholson shot to death in their Bondurant home last Thursday evening. Court records show Nicholson killed his family members with a shotgun and that he also admitted to Missouri police that he had shot them after being arrested.

He is scheduled to have a court hearing on Tuesday at 10 A.M.