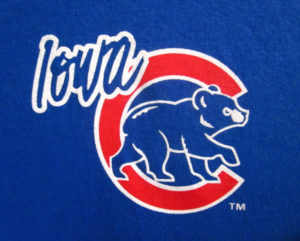 The Iowa Cubs were held to five hits as they closed the series with a 5-2 loss to the Oklahoma City Dodgers at Chickasaw Bricktown Ballpark.

Iowa was the first to score as Victor Caratini drew a walk to lead off the second and eventually scored from third on a wild pitch. Caratini took another walk in the fourth inning and claimed Iowa’s second run of the game with an RBI single from Ozzie Martinez.

Oklahoma City tallied 10 hits to out-hit Iowa for the fourth time in the five-game set. Trailing 2-1 through four and a half, RBI hits from Cody Bellinger and Alex Verdugo in the fifth put the home team on top for good. In the eighth, Brett Eibner went deep to put two more runs on the board for the Dodgers. It was his second long ball in as many days and his third of the series.

In his first regular season start since May 19, Ryan Williams (0-1) lasted 4.2 innings and allowed three runs on seven hits while walking one and fanning four to take the loss. Layne Somsen (1-0) grabbed the win after 1.1 scoreless innings of relief work and Brandon Morrow claimed the six-out save. On a major league rehab assignment, Brian Duensing gave Iowa two shutout frames, allowing just one hit while striking out five.

Iowa plays at Principal Park, Tuesday night, for the first time this season at 6:38 p.m. against the New Orleans. Known as the Zephyrs since moving from Denver in 1993 New Orleans is now known as the Baby Cakes.