You are here: Home / Fires/Accidents/Disasters / Mason City grieves the 5 killed in Monday accident 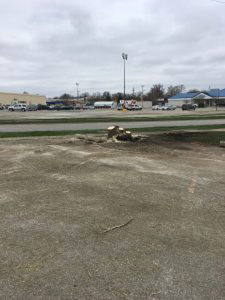 The accident scene in Mason City.

The Ministry and Operations Director of North Iowa Youth For Christ in Mason City, says the organization had several adults and kids visited since the accident Monday that left five people dead.

Nick Kmoch says there’s simple advice to parents in helping their children deal with this type of tragedy. “I think the most important thing that parents can do is honestly to listen,” Kmoch says, “everyone handles tragedy differently and it will depend on the age and maturity level of your child.”

Kmoch says for high school students dealing with the death of classmates, it’s about helping them understand the situation. He says its a matter of helping them process the questions, such as why bad things happen, and he says being there to listen is critical.

Kmoch says that there really is no timeline when it comes to the process of grieving. But he says you should continue to monitor how your child handles the situation. “As a parent if you’re noticing that your child is in an elongated time of grief — it may be time to involve some other people in that process,” Kmoch says. “It could be something as informal as giving a guidance counselor at school a call or connecting into your faith community. Or something more official like getting them a child psychologist — someone to really help process those emotions.”

Kmoch says it is important in the grieving process to provide an ear to listen and a safe place to visit.

Mason City Schools Superintendent Michael Penca released this statement about the accident:
“All of us at the Mason City Community School District are saddened by the news of this morning’s tragic car accident involving current and former students of Mason City schools and our district. Upon learning of this information, additional counselors and support staff were called to the buildings to support students and staff, and they will continue to be available as needed in the days to come. The AEA 267 Crisis Response Team and community leaders are also assisting us in helping students, families and staff deal with this news. Please do not hesitate to let us know how we can be assistance to you and your family.”

A vigil was held at the crash scene last night in Mason City. Memorials have also been placed at the scene of the accident as well.