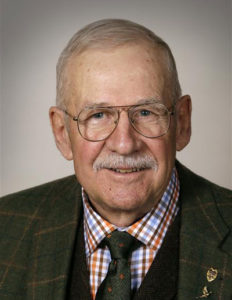 A bill that could dramatically expand the use of medical marijuana in Iowa is nearly ready for debate in the Iowa Senate, but it appears the bill as currently written has little chance of winning approval in the House.

“Three days after hell freezes over that bill will pass in the House,” Representative Clel Baudler, a Republican from Greenfield, said during an interview.

Baudler tried but failed to pass legislation out of a House committee earlier this year that would have set up growing and dispensing operations for cannabis oil in Iowa.

House Speaker Linda Upmeyer, a Republican from Clear Lake who’s a nurse, told reporters the Senate bill goes farther than House Republicans want, but she’s not ruling out some action on the issue this year. “There’s an opportunity to do more,” Upmeyer said. “I’m just not sure that’s the bill.”

Upmeyer said one flaw in the Senate bill is there’s no limit on the amount of THC that could be included in medical marijuana products sold in Iowa. THC is the chemical compound in the plant responsible for most of the “high” associated with pot. Senators, meanwhile, appear poised to press ahead with their bill. It cleared the Senate Appropriations Committee on Wednesday and will be considered in the Senate Ways and Means Committee today.

“There are so many Iowans who have really kind of been left behind on treatment,” Republican Senator Tom Greene of Burlington, a retired pharmacist, said during the Senate Appropriations Committee meeting. “This is a pathway that we can provide for them an alternative use that has been approved in 28 other states, so it’s not a new idea.”

In 2014, the Iowa legislature legalized possession of cannabis oil as treatment for one condition: chronic epilepsy. That legal protection expires July 1, 2017. Legislators say, at the least, they will vote to extend the law so patients who’ve been taking cannabis oil can continue the treatment, which many say has dramatically reduced the number of seizures.