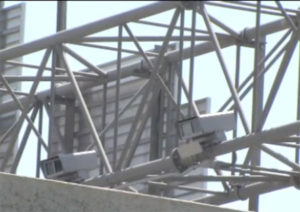 A judge has ruled the Iowa DOT has the authority over the placement of traffic enforcement cameras along interstate highways.

In early 2014, state transportation officials established guidelines which permitted the cameras in areas where automated traffic enforcement improved safety. About a year later, the DOT ordered that nine speed cameras be removed and three others moved to other locations. The cities of Cedar Rapids, Des Moines and Muscatine sued. Three other cities have traffic cameras along interstates as well.

The judge’s 15-page ruling called the DOT’s rules for placement of the cameras logical. One rule requires the cameras to be placed at least a thousand feet after a speed limit change.

A measure that would have banned traffic enforcement cameras in Iowa failed in the Iowa Senate this year. The police chiefs from Cedar Rapids and Des Moines said the cameras in their cities are placed on sections of interstate freeway where its unsafe for an officer to exit his or her squad car during a traffic stop.