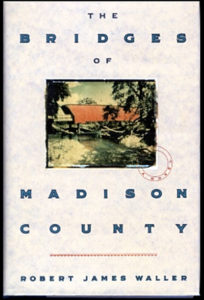 A third person is now charged in the fire that damaged the Cedar Covered Bridge in Madison County.

Both were charged with first-degree arson, but the charges were later amended to second-degree arson. Davis has pleaded not guilty.Bergmann is awaiting extradition back to Iowa.

The sheriff says no more arrests are expected in the case. He has not released any motive for the arson which destroyed the Cedar Bridge that was featured on the cover of the best-selling novel “The Bridges of Madison County.”