You are here: Home / Crime / Courts / Manchester man dies in custody after being arrested in Dubuque 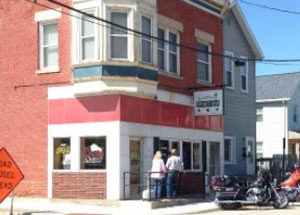 Dubuque Police have identified a man who died this weekend shortly after he was arrested.

Officers were sent to Shannon’s Sports Bar just before 2 a.m. Sunday on the report of a man who was assaulting other patrons. Michael Woodard was at the bar and spoke with KCRG-TV.

“All I heard was the bartender yelling,” Woodward said. “Screaming, ‘get him, get him,’ or something like that.” The man, identified as 43-year-old Chad Cupps on Manchester, fought with arriving officers – who used pepper spray to get him handcuffed.

Cupps then went into cardiac arrest. Officers performed CPR, but Cupps was pronounced dead at a hospital. Police are still investigating the incident and are waiting for autopsy results.