You are here: Home / News / Rains clears all dry conditions in the state without flooding problems 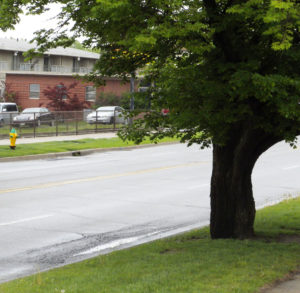 Spring rains have helped end any drought concerns in Iowa.

Spring rains delayed the start of planting in many areas of the state, but they’ve been an overall benefit by washing away drought conditions that were creeping up on the state.

The Iowa DNR’s Tim Hall had been watching the parched conditions in Missouri, Kansas and other states to our south as they seemed to be moving our way.

“Remarkably across the region the drought is pretty much gone, dryness is pretty much gone. In fact, nationwide this is the lowest amount of any drought or dryness conditions on a national basis since the drought monitor started in the year 2000,” according to Hall. Southeast Iowa had been the driest area of the state and at one point was one level below hitting drought conditions on the monitor. Hall says all of the state is now looking good for water levels.

“At the time we didn’t know whether that dryness was going to continue to expand, or just kind of go away,” Hall says. “We’re in a pretty good spot right now.” Some areas of the state had seen their underground water supplies being taxed, but the rains have help that issue as well.

“Shallow groundwater — which has been a concern off and on over the past several years — is at or above normal across the state,” Hall says, “so even if we start to see a dry pattern set in, there should be plenty of groundwater for those communities that rely on it.” Hall says having an ample supply of groundwater makes dry periods less of a concern in the near future.

He says dryness can return on a short basis of a few weeks if the rain stops. Hall says the demand on groundwater depends on how hot it gets, as cool conditions prolongs the time it takes to develop drought concerns with the water supply. Another positive is Iowa’s drought concerns have slowly gone away with the continued rains without major surges that also did damage.

“There’s only a couple of reporting stations in Iowa that have rivers or streams that are about flood level — and even in those places they are just barely above flood level,” Hall explains. “So, we’ve avoided the catastrophic swing to wetness that Missouri has seen.” The statewide average precipitation for April was 3.89 inches, normal for April is around 3.5 inches.