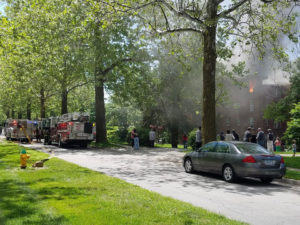 Investigators are working to determine the cause of Thursday’s fatal apartment building fire in Des Moines.

Three people were killed in the afternoon fire in the Eddy building on the capitol city’s historic Polk Boulevard.

Three other residents were hurt, one critically, and a firefighter was injured. The four-story brick building reportedly failed an inspection in 2015.

It was home to more than a dozen residents who were veterans getting assistance or others using Section 8 vouchers as they’re elderly, disabled or low-income. It’s Des Moines’ deadliest fire in more than a decade.