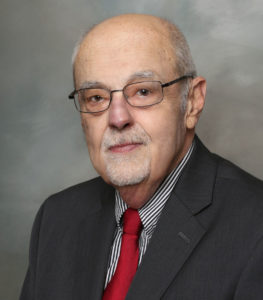 The long-time director of the Iowa Department of Human Services is retiring. Seventy-eight-year-old Charles Palmer has led the department for nearly 17 years. His final day at the agency will be June 16th.

Democratic lawmakers have been questioning Palmer’s management of the agency after the recent deaths of two central Iowa teenagers in homes that had been visited by social workers. Palmer’s agency oversees Medicaid and there have been complaints about the switch to have private firms manage care for Medicaid patients.

Palmer also supervised the controversial closures of the Mental Health Institutes in Clarinda and Mount Pleasant and the Iowa Juvenile Home in Toledo.

Governor Kim Reynolds announced Palmer’s retirement, calling him a “dedicated public servant who has spent his life trying to improve the lives of Iowans.” Palmer also released a statement, saying it had been “an honor to serve the people of Iowa. He credited D-H-S employees for making “a significant difference in the lives of vulnerable Iowans.”

Palmer was DHS director for about a decade, from 1989 until 1999. He returned to the agency in 2011 when Governor Terry Bransad returned to office. Palmer began his professional life in 1964 as a social worker. He holds a bachelor’s degree from Grinnell College and a masters from the University of Chicago.

(A previous version of this story incorrectly listed Palmer’s retirement date as July 16th. It will be June 16th.)