You are here: Home / News / Update on summer flood risk on Missouri River 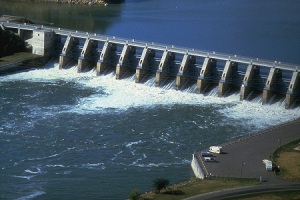 Iowa’s been baking in a heat wave for a week now, but oddly enough, there’s still snow in the mountains of Montana and Wyoming which runs off into rivers that feed the rising Missouri River.

Runoff into the system is increasing but there’s still room in upstream reservoirs, according to Jody Farhat, chief of Missouri River Water Management for the Corps of Engineers in Omaha. Farhat says, “We will release the stored water through the remainder of the year to serve all of the other authorized purposes, including: navigation, hydropower, irrigation, water supply, water quality control, recreation, and fish and wildlife.”

The forecast is for runoff to peak at about 118-percent of average late this month or early in July. Farhat says there may still be flooding, mostly downstream. “While the risk of significant, widespread flooding due to mountain snowpack runoff alone is small this year, minor to moderate flooding is occurring along some of the tributary rivers in Montana and Wyoming,” Farhat says. “In addition, there’s always the risk of flooding due to spring and summer thunderstorms, particularly along the lower Missouri River like we saw over the previous couple weeks.”

Flows from Gavins Point Dam near Yankton have been stepped up to 33-thousand cubic feet per second to keep the reservoirs in balance.