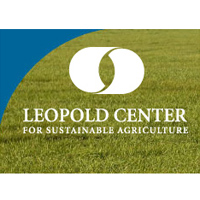 State lawmakers this year deeply cut the funding to the Leopold Center for Sustainable Agriculture at Iowa State University.

Aaron Lehman, president of the Iowa Farmers Union and chair of the Leopold Center’s board of directors, says he’ll work tirelessly to get lawmakers to reverse those funding cuts in next year’s legislative session.

“It’ll be a huge priority of ours to restore funding,” Lehman says. “Farmers need these innovations more than ever. We’re dealing with a situation where farm income is dropping for the fourth year in a row and we’re dealing with a consolidated marketplace where farmers buy and sell their products.”

“We’re asking farmers to do more than ever to deal with our water quality problems,” Lehman says. “This is the time when we need to boast innovations the most. It will be a huge priority for the Leopold Center to have restored funding.”

Over the years, Lehman says the facility has helped many projects that have improved the environmental footprint of farming.

“Around the country, people have looked to the Leopold Center to see how to do farmer-driven research in the right way, in a practical way and in ways that impact the practices that we put in the field,” Lehman says. “It really is a high priority for us to keep that work going.”

The Leopold Center remains basically in name only with just one-quarter of its funding remaining. The other three-quarters was transferred to the Iowa State University Nutrient Center.