You are here: Home / Crime / Courts / Mason City man sentenced to 30 years in stabbing of his girlfriend 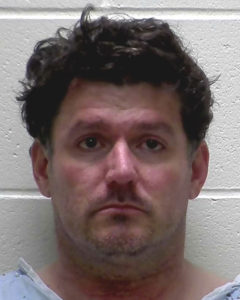 A Mason City man will spend up to 30 years in prison for attempted murder and domestic abuse.

Forty-four-year-old Jason Clausen was originally charged with first-degree kidnapping, attempted murder and burglary after being accused of stabbing his girlfriend in the throat on the morning of May 29th of last year.

Clausen back in April entered an Alford plea as part of a plea bargain to the charge of attempted murder, which means he did not admit guilt but acknowledges that the evidence would likely lead to a conviction. If he had been convicted of first-degree kidnapping, he would have faced a mandatory life sentence without the opportunity for parole.

District Judge James Drew sentenced Clausen on Tuesday to 25 years on the attempted murder charge, with a mandatory minimum of 17-and-a-half years prior to eligibility for parole. Drew also sentenced him up to five years for domestic abuse assault, with a mandatory one year minimum. Drew ordered that the sentences be served consecutively.