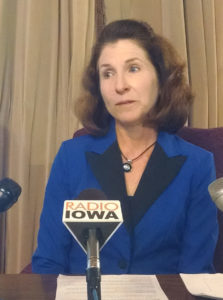 A special investigation by the state auditor’s office has identified nearly $145,000 in “improper and unsupported” payments to the long-time city administrator in Harlan.

Terry Cox started working for the City of Harlan in 1977 and became city administrator in 1980. He resigned last year after other city officials raised concerns about his travel expenses. Auditors reviewed records for the last dozen years Cox worked for the city. The review concludes Cox got more than $123,000 in improper travel reimbursements.

That includes paying for alcohol, golf outings and excessive mileage claims. Auditors also determined Cox submitted claims for events that actually were not held or which he didn’t attend.

According to State Auditor Mary Mosiman, Cox was overpaid $35,000 for hours he did not work in his last 12 years on the job. Auditors also discovered Cox continued getting a monthly car allowance which had been discontinued.

The auditor’s report indicates Cox was a big tipper. Some of his tabs included tips of more than 20 percent. The review discovered Cox was double-dipping and on 20 occasions had submitted claims for expenses that already had been paid by a professional organization. The state auditor’s report that’s available online includes copies of some of his travel claims, including receipts for travel to Council Bluffs casinos where arrivals and departure times were either “covered with correction fluid or crossed out with different handwritten dates added.” There’s also one instance where he submitted the same hotel bill at Harrah’s three different times.

Auditors reviewed the “player’s card” Cox had at casinos in Council Bluffs, Altoona and Kansas City to connect some of the dots in their investigation. The 121-page report has been forwarded to the Shelby County Attorney, the state attorney general’s office and the Division of Criminal Investigation.