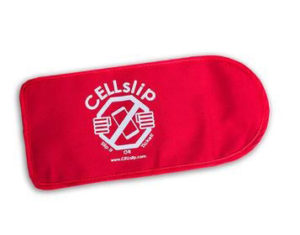 Studies find one in every four car accidents is caused by texting and driving and it will soon become much easier for Iowa law officers to pull over and ticket texters.

Iowa Highway Patrol Sergeant Scott Bright says the state’s received a donation of 1,000 signal-blocking devices called CELLslips which are being given away at all patrol district offices this week.

“What these CELLslips will do is prevent an incoming text message or having your phone ring,” Bright says. “It’s going to give that person that’s driving the opportunity not to be tempted to answer that phone or if they receive a text, to respond to that text as they’re driving.”

The CELLslips are bright red pockets with special linings that block all incoming and outgoing transmissions, be they phone calls, texts or app notifications. 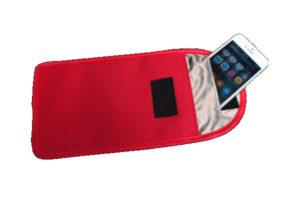 “They are not cheap to produce,” Bright says. “We only have 1,000 of them. AAA has given us those and we’re going to get them out just to get the message across that texting and driving is a primary offense now. If you get the temptation, put the cell phone in its CELLslip and you won’t have that temptation because you will not receive the text or the phone call.”

The messages aren’t lost, they’ll just be blocked while your phone is inside the pocket. You will receive all voicemails, text messages and app notifications within seconds of removing your phone from the CELLslip. A new state law will go into effect this Saturday making texting a primary offense in Iowa.

“That basically means we can stop you, if a state trooper sees you out there texting while you’re going down the roadway or using social media,” Bright says. “Before, it was a secondary offense which means we had to observe another violation before we could stop you for texting but after July 1st, it’s a primary offense and we can stop you for texting while going down the interstate or highways.”

Being caught texting and driving brings a $30 fine, but when court costs and fees are added, the total reaches $127.50.  Studies find motorists are six times more likely to be in a crash texting while driving than drinking and driving. Also, more than 21 percent of teen drivers who were involved in fatal crashes were distracted by their cell phones.