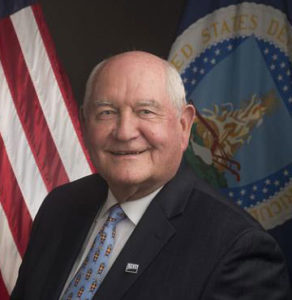 The U.S. secretary of agriculture and U.S. Ambassador Terry Branstad, the former Iowa governor, will meet in Beijing Friday for a ceremony “to formally mark the return of U.S. beef to the Chinese market.”

According to the U.S.D.A., Ag Secretary Sonny Perdue will arrive in China with a shipment of beef from the Greater Omaha Packing Company. The beef is from cattle that were raised in Nebraska. Perdue and Branstad plan to cut into a piece of prime rib at the ceremony in Beijing.

Thirteen years ago China forbid shipments of U.S. beef after a case of Mad Cow disease was confirmed in Washington state. Secretary Perdue said in a written statement that there’s no doubt in his mind that “when the Chinese people taste our high-quality U.S beef, they’ll want more of it.”

The U.S.D.A.’s Export Verification Program so far has confirmed processing facilities in Nebraska and Kansas are now eligible to ship U.S. beef to China. According to the Iowa Cattlemen’s Association, the requirements to export beef to China are “more stringent” than for other countries. Iowa ranks seventh among U.S. states in beef production.

China imported $2.5 billion worth of beef last year, none of it from the United States. On Friday at noon, Perdue and Branstad will host the event promoting U.S. beef at the huge new InterContinental hotel in Beijing. On Saturday, Perdue will be in a Shanghai supermarket for a “cooking demonstration” to promote U.S. beef.