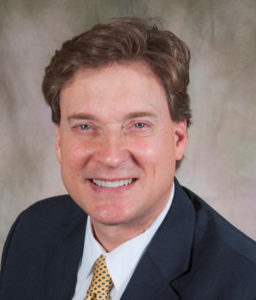 A Republican who’s a banker in Council Bluffs will fill a vacancy in the Iowa House. Fifty-six-year-old Jon Jacobsen — the winner of Tuesday’s special election in a western Iowa House district — is asking to be sworn in immediately.

“Already have some issues we want to tackle and that starts immediately,” Jacobsen says.

State Representative Greg Forristall of Macedonia died in May. Jacobsen won nearly 44 percent of the votes in yesterday’s special election to serve out the remaining 17 months of Forristall’s term.

“I”m very honored by the support of the citizen voters of District 22 to win such a very good, hard-fought race,” Jacobsen says.

Forristall’s widow, Carol, ran as an independent candidate and received about a third of the votes cast yesterday (Tuesday). Ray Stevens, the Democratic Party’s candidate in the race, failed to file his nominating paperwork on time, so his name was not printed on the ballot. He finished with 19 percent of vote as a “write-in” candidate. Libertarian candidate Bryan “Jack” Holder placed fourth with about four percent of the vote.

“It was really an amazing race because Mr. Stevens as a write-in garnered 20 percent of the vote. Mr. Holder always has the Libertarian voice and, of course, Mrs. Forristall (is) a very gracious lady, well-respected,” Jacobsen says. “So it was just a good exchance of…comparative skill sets, the marketplace of ideas.”

Jacobsen credits his campaign volunteers for carrying out a “great ground game.”

Jacobsen is vice president at Security National Bank in Council Bluffs. For the past three years, Jacobsen hosted a Saturday morning program on KMA Radio in Shenandoah called “You Ain’t Heard Nothing.” It’s the same station where Jim Ross Lightfoot worked as a farm broadcaster before winning a seat in the U.S. House.

Jacobsen, who will be serving in the Iowa House, has a list of issues he hopes to tackle.

“Obviously tax reform is going to be a huge issue,” Jacobsen says. “The issue with budget revenues not being where we thought they would be. That’s going to be an issue. A big thing for me is addressing the mental health — I’ll call it a crisis here in southwest Iowa. We’ve lost mental health beds. We just simply can’t have mentally ill people on the streets or in our jails.”

There’s another special election on August 8th for an Iowa House seat in southeast Iowa. Representative Curt Hanson of Fairfleld died earlier this month. He was a Democrat.