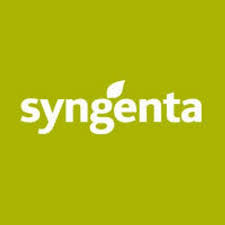 Trial dates are now set for next year in Iowa and six other states in class action lawsuits targeting agri-business giant Syngenta.

Numerous suits are filed over the release of Viptera corn without Chinese import approval. Iowa State University ag law specialist Kristine Tidgren says the next big trial is next month.

“We have a Minnesota class action for farmers from Minnesota but we also have consolidated up there about 60,000 individual claims from farmers who had individual representation,” Tidgren says. “That’s going to be the next big verdict, I think, that we hear.”

In June, Syngenta lost a $218 million jury verdict involving Kansas farmers. Syngenta says it will appeal that decision, but Tidgren says the outcome of the Minnesota trial could cause Syngenta to reevaluate its strategy.

“If you have another trial and you have a pretty devastating verdict against Syngenta, that would definitely up the ante for settlement,” Tidgren says. Syngenta recently settled with an individual Nebraska farmer who sued the company for damages. Syngenta said the settlement does not represent a change in strategy for the company. The company says it will continue to fight the various lawsuits and “defend the rights of farmers to have access to safe and effective U.S. seed technologies.”

Syngenta won a victory in June when an Ohio court dismissed a Viptera lawsuit filed on behalf of an Ohio ethanol plant. In addition to Iowa, class-action lawsuits are also planned for next year in: Arkansas, Missouri, Illinois, Nebraska, South Dakota and Ohio.

The suits claim Syngenta, by rushing its Viptera corn to market, contributed to a significant drop in corn prices in 2013 when China rejected shipments of U.S. corn containing the GMO trait. Syngenta says those claims are “without merit.”