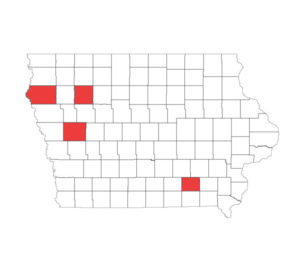 Buena Vista County, which includes the city of Storm Lake, is the latest county to have a burning ban in force. A burn ban has been in effect in Ottumwa and all of Wapello County since last Wednesday. Crawford County’s ban on open burning was triggered last Thursday. Plymouth County’s ban took effect at 8 a.m. this past Saturday.

Under state law, local officials can ask the State Fire Marshal to establish bans on open burning “during periods of extremely dry conditions.”

Those caught violating the bans can be charged with a simple misdemeanor.