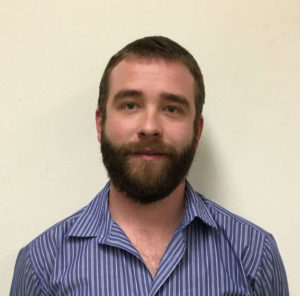 An earthquake specialist at the University of Iowa says the quakes that have rattled Oklahoma this week adds to evidence they’re tied to human activity.

Bill Barnhart, an assistant professor in the UI Department of Earth and Environmental Sciences, says earthquakes in Oklahoma picked up dramatically after 2008 as oil drilling and fracking operations started injecting wastewater into the ground.

“So, operators there will inject wastewater at depths…to sequester it, so that it doesn’t get into aquifers or into the surface water. But, that has incidental effects of making faults down there weak and when faults become weak, they can produce earthquakes,” Barnhart says.

At least a half dozen relatively small earthquakes – between magnitude 2.6 and 4.2 – struck central Oklahoma between Tuesday night and early Thursday. The damage has included cracked floors and walls, and household items knocked off shelves and counters. Just over a year ago, an earthquake in Oklahoma was felt in Iowa.

“In September of 2016, there was a magnitude 5.8 earthquake near the town of Pawnee, Oklahoma that was widely felt throughout Iowa,” Barnhart said. “It didn’t cause any damage, but it was felt.” To date, there have been no “induced” earthquakes in Iowa like the ones in Oklahoma and other states such as Kansas and Colorado.

“So, the greatest risk to Iowans is if a large earthquake happens in one of these areas, there could be potential shaking impacts here,” Barnhart said. Regulators in Oklahoma introduced new restrictions on wastewater injections in May of 2016. Quakes in the state have become less frequent in the state since those changes were put in place.