You are here: Home / News / Davenport beer garden to feature kegs wired to the web 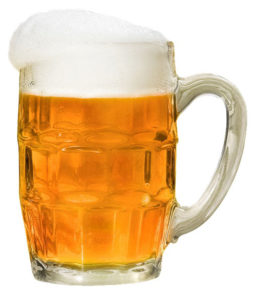 A Quad Cities businessman plans to open a high-tech craft beer garden in downtown Davenport this fall as part of his new barbeque restaurant.

Dan Bush says he’s wiring the kegs to special software that will monitor the beer volume and beam that information to the web. Bush says lovers of certain brews will never be surprised by their preferred kegs being dry when they arrive.

The software also teaches customers about the beer — what brewery it comes from, how much alcohol is in it, and even what type of glass it’s served in.

“People are really excited about it,” Bush says. “We don’t have anything like it here in the Quad Cities and it’s something that I definitely think makes it more interactive. The more you can engage people, the better.”

Bush plans to offer about 75 varieties of craft beer when Armored Gardens opens this fall on Davenport’s Pershing Street, across the street from the historic Hotel Blackhawk.