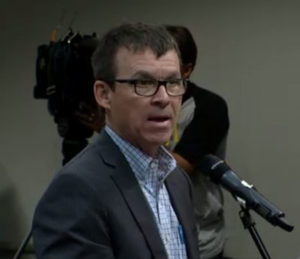 University of Iowa president Bruce Harreld got some feedback from lawmakers and others Monday after presenting a proposal that raise tuition on undergraduate resident students by 7.08 percent each of the next 5 years.

State Senator Joe Bolkcom, a Democrat from Iowa City, says the increase is too much and will put a burden on students.

“The proposed 7 percent increase for the next 5 years will no doubt increase student debt, decrease access–especially to low income students and their families — and make it more difficult for first-generation students,” Bolkcom says. He says the proposal lets lawmakers and the administration off the hook for not providing enough state support for higher education.

“I recognize the rationale for it, it’s ‘we need to take care of ourselves because we’re not getting the support we need from the governor and the legislature,’ this proposal throws in the towel on the people of Iowa who have helped build these institutions,” Bolkcom says. “And I think it throws in the towel on the governor and legislature’s responsibility to support our public universities.” Bolkcom says the state could give more funding to the three state universities if it didn’t give so much money away to businesses.

“The primary reason for the decline in education funding — especially higher education — is runaway tax giveaways that have been self-inflicted by the governor and the general assembly,” according to Bolkcom. Senator Todd Bowman, a Democrat from Maquoketa, also spoke out against the proposal, saying it was asking too much of hardworking parents who support their kids. 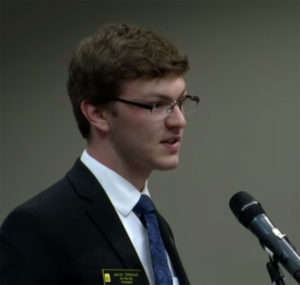 “For our tuition to become as expensive as our peers is mediocrity,” Simpson says. “And raising tuition by seven percent over five years is not the only solution to the problem we face.” He suggests the university continue looking for ways to be more efficient and save money. And he says the state schools need to do a better job of making their case for state support.

Simpson says the Board of Regents and the universities haven’t reached their full potential in lobbying for more state money. “And I would add that we have not effectively made our case to the general Iowan about why they should fund our institutions,” Simpson says. He says he is not against smaller tuition increases that would help the university maintain its excellence.

The comments were made to the Board of Regents Tuition Task Force, which is looking at five-year tuition plans for the three state universities.