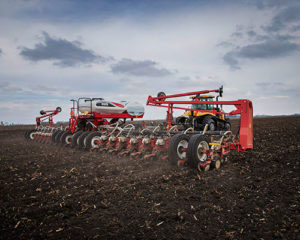 The Iowa Farmers Union will hold listening sessions in three Iowa cities this week that will focus on the Farm Bill, especially preserving the so-called safety net and a strong risk management program.

Farmers Union president Aaron Lehman says producers across Iowa are very concerned about those and other issues in the upcoming incarnation of the important legislation.

“The USDA’s predicting a fourth straight year with lower farm income and prices are certainly at a level that farmers are probably going to lose a little money or burn up some equity this year, again,” Lehman says. “Safety net issues are at the top of everyone’s mind.” He says another area of the Farm Bill that needs attention is conservation.

“Our farmers are being asked to do more and more to improve our landscape and our water and our farmers are ready to take their part,” Lehman says. “The Farm Bill has to work with people in a way that we can build some really positive conservation measures across the state.” Lehman says producers are also worried about possible spending cuts that could affect Farm Bill programs.

“Agriculture has taken a very large measure of the cuts already at a time when farmers are facing some real uphill battles financially and have a consolidated marketplace that they buy from and sell into,” Lehman says. “This is not the time when we should be asking farmers to take the brunt of the cuts.”