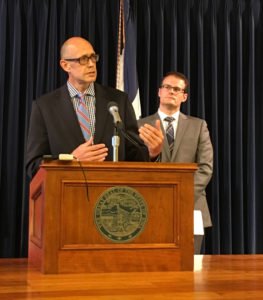 Iowa Department of Transportation director Mark Lowe says the best way to avoid a ticket — or a crash — is to obey the speed limit and keep your eyes on the road.

“The danger zone makes it hard to see children trying to get on or off the bus or cross a highway,” Gregg says. “Add that in with drivers’ hectic schedules, the lack of a morning coffee, the distraction of a phone buzzing, the stress of a busy day or even the morning or afternoon sun and it’s a potential recipe for disaster.” 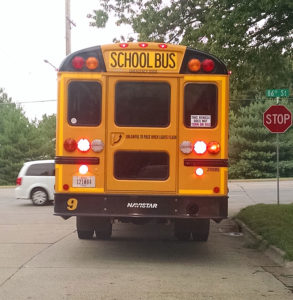 Drivers are to stop when the yellow lights on a school bus are flashing, unless the bus is on a road that’s four-lanes wide. In that instance, vehicles on a four-lane road that are behind the bus must stop.

According to the DOT, there have been “at least two incidents in the past two years” in which drivers have been killed when their vehicle smashed into the back of an Iowa school bus.

Five years ago, the penalties for passing a stopped school bus were raised and first-time offenders lose their driver’s license for 30 days. “Kadyn’s Law” was named after seven-year-old Kadyn Halvorson of Northwood. She was struck and killed by a pick-up while she was crossing the road to board her school bus.