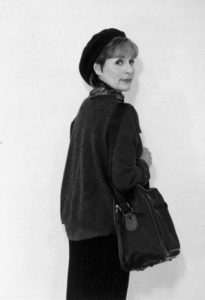 An actress and storyteller is bringing her unusual one-woman show called “Voices From The Resistance” to western Iowa this weekend.

In the performance, Pippa White portrays real people who were resistance fighters during World War Two in France, Germany, Norway and Hungary. While she spotlights the underground movement to defeat Hitler, White says she made a careful decision not to depict the Holocaust.

The resistance fighters were people of many different faiths and included a then-13-year-old Audrey Hepburn, long before she became a famous actress.

“I knew that she had suffered terribly during the war,” White says. “I knew that she and her family had been starving but it was only recently I learned that there were children who were in the resistance and they would meet the same fate as any adults if they got caught. That was tremendously brave.”

During the war, as members of the Resistance, ordinary people in many countries rescued Allied soldiers, blew up bridges and risked their lives to do what they could do to cripple the Third Reich. White uses various dialects and accents to portray the people she thoroughly researched for her show. The dialects are something she picked up from her parents.

“My father was truly British and he sounded like this all his life,” White says, in accent. “My mother was Canadian but her mother was British. They did love the dialects, especially of the British Isles. I grew up hearing them doing Irish from time to time, that kind of thing.”

White is from Lincoln, Nebraska, and will be putting on the free show at 2 P.M. Sunday at the American Legion Building in Atlantic. Music and slides are included during the 75-minute presentation.

(Thanks to Ric Hanson, KJAN, Atlantic)