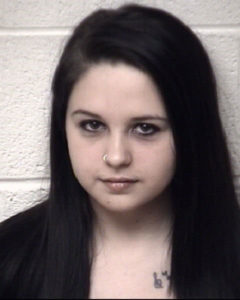 Dubuque Police have released a photo of a wanted woman — in hopes of locating an accused scam artist.

Twenty-three-year-old Payton McCarville is among a crew of six people from Dubuque who were charged with wire fraud in August. Federal prosecutors say from December 2015 through September of last year, McCarville and her co-conspirators defrauded people throughout the U.S. Authorities say they called elderly people and told them a relative was in jail and needed bail money.

Court records indicate McCarville and the others collected at least $225,000 in wire transfers that victims made through Western Union and Money Gram.