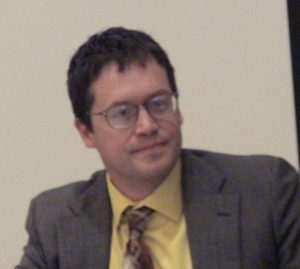 Three casinos in the state agreed to pay penalties during the Iowa Racing and Gaming Commission’s recent meeting for violations involving those who had banned themselves from gambling.

Iowa Racing and Gaming Administrator Brian Ohorilko says Lakeside Casino in Osceola ran into trouble that was caused by their ownership.

“In June of this year, the property in Missouri used their players club list and sent promotional mailings to people on the Iowa statewide list,” Ohorilko says. He says someone on the Iowa ban list tried to use some of the promotional offers.

Ohorilko says a Lakeside employee discovered the person was on the self exclusion list and did an investigation. They discovered that 17 people on the ban list had received the mailings initiated from Missouri. Lakeside had not had any other violations in the last 365 days, and agreed to a $3,000 dollar civil penalty. The Riverside Casino also found a violation where a person slipped through the system when they applied for a players club card.

“Riverside promptly reported the matter to the commission… and agreed to an administrative penalty of $10,000,” Ohorilko says. He says the penalty was higher because it was the third self-ban violation at the casino in the last 365 days. Ohorilko says the three violations in one year are unusual.

“It’s not typical and I think Riverside, they had indicated to the commission that they have had some challenges in this area. With that said, they have taken extraordinary steps to try and fix the issue,” Ohorilko says. He says some of the steps Riverside took after the first two violations actually help them discover the problem with the third violation.

Prairie Meadows Casino in Altoona also had a self-ban violation. He says it was discovered that there was an error made by the casino marketing department and marketing emails were sent to players who had banned themselves. Ohorilko says Prairie Meadows has taken steps to make sure the problem is not repeated. The casino did not have any other violations in the last 365 days and agreed to a $3,000 penalty.