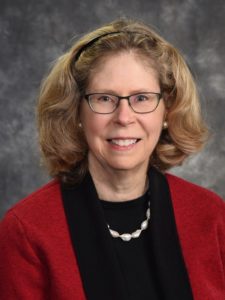 The Iowa Board of Regents has selected a new president for Iowa State University and she’s already on the Ames campus.

Regents President Michael Richards made the official announcement after the board conducted interviews with three finalists for the job today. “Ladies and gentlemen, Doctor Wendy Wintersteen, president of Iowa State University,” Richards said to cheers at a late afternoon news conference in Ames.

The 61-year-old Wintersteen has been dean of the ISU College of Agriculture and Life Sciences since 2006, but she’s been with Iowa State since 1979. “My goal is that we will make Iowa State University the best land grant university in the nation,” Wintersteen said. She will take office on November 20.

Wintersteen will be ISU’s 16th president and the first woman to hold the position in the school’s 159-year history. “I want you to know that I look forward to working with all of you as we create an open, inclusive and welcoming environment where every student, who works hard, can achieve their full potential,” Wintersteen said. “I can’t wait to get to work. It’s going to be a pleasure to serve as the next president of Iowa State University.”

Wintersteen’s appointment ends a nearly six-month national search. The other finalists for the job who were on the Ames campus on Monday were Sonny Ramaswamy, who heads the National Institute of Food and Agriculture, and Pamela Whitten, a senior vice president at the University of Georgia.

Iowa State’s previous president, Steven Leath, resigned this spring to become president at Auburn University. Wintersteen is signing a five-year contract that includes a first-year annual salary of $525,000. Her salary will increase to $550,000 in the second year and $590,000 in year three.