You are here: Home / Education / U-I looking for families to participate in autism study 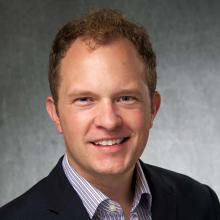 The University of Iowa is taking part in what’s being called the largest-ever genetic study of autism.

Some 50,000 families are being recruited across the country for the research project aimed at understanding the biological causes of autism. The lead investigator in Iowa, Jacob Michaelson, says parents of autistic children should want to get involved as a contribution to science.

“A lot of the families that we talk to feel kind of empowered by being involved in the research,” Michaelson says. “They feel a sort of sense of altruism that I’m doing something that maybe other people can benefit from.”

The U-I College of Medicine is the only site in the state taking part in the study along with two-dozen other sites nationwide. Michaelson, a U-I psychiatry professor, says the project aims to gather genetic samples to help determine the causes of autism.

“One aspect that remains sort of hidden from a parent’s view is actually the underlying biology of what influences the way that your child behaves,” he says. Michaelson says he tells parents understanding the scientific reasons for autism removes the fear connected to uncertainty. The study is being funded by the New York-based Simons Foundation, which supports scientific research. The study is known by the acronym SPARK.