You are here: Home / Business / Unemployment rate falls to lowest level in 16 years 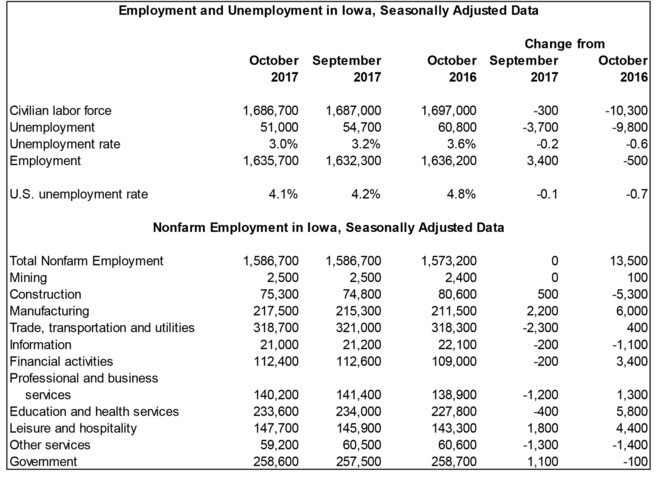 “Firms involved in food production and fabricated metal production,” Kelly says, “also posting gains this month, leisure and hospitality, up 1,800, with all of that growth stemming from accommodations and food services.”

The trade, transportation, and utilities sectors lost 2,300 jobs — the most of any sector in October. One-thousand of the job losses came in retail trade. The construction industry snapped a run of losses that started in April with an increase of 500 jobs in October.

“Loses over the year for construction have been the greatest. We’re down 5,300, and that is following a record-setting high last year,” Kelly says. He says the construction loses came as several large-scale construction projects in the state were completed. Kelly says the improvement in manufacturing sector is the highlight the numbers so far this year.

“That annual growth in manufacturing does mark a substantial turnaround for a sector that had lost jobs annually as recently as June of this year,” according to Kelly. IWD says the number of unemployed Iowans decreased to 51,000 October. The current estimate is 9,800 lower than last year at this time.