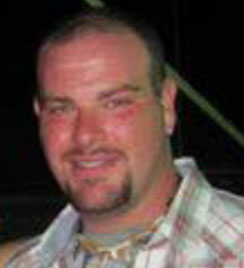 The Iowa Division of Criminal Investigation is asking for the public’s help in finding more information on the death of a Cedar Falls man whose body was found Saturday in a remote rural area of Appanoose County in the public hunting land around Lake Rathbun.

“From preliminary results that are being found from the autopsy that’s being conducted by the State Medical Examiner — we can’t go into details at this time — but from those results and what we’ve found so far in our investigation, we are treating this as a homicide,” Motsinger says. Motsinger says they don’t have a particular suspect at this time. He says it is something that is a concern.

Motsinger says they hope to have more information once all the lab tests are done and he says that takes several weeks and they are hoping to learn more once the preliminary results are done.

“We’re still asking the public for help in the investigation,” Motsinger says, “if they have any information we are asking them to contact the Appanoose County Law Enforcement Center at (641) 437-7100, and relay any information that they think they may have on this case.”

Motsinger says any information the public can give to investigators will help them with the case.

(Photo courtesy of the DCI)